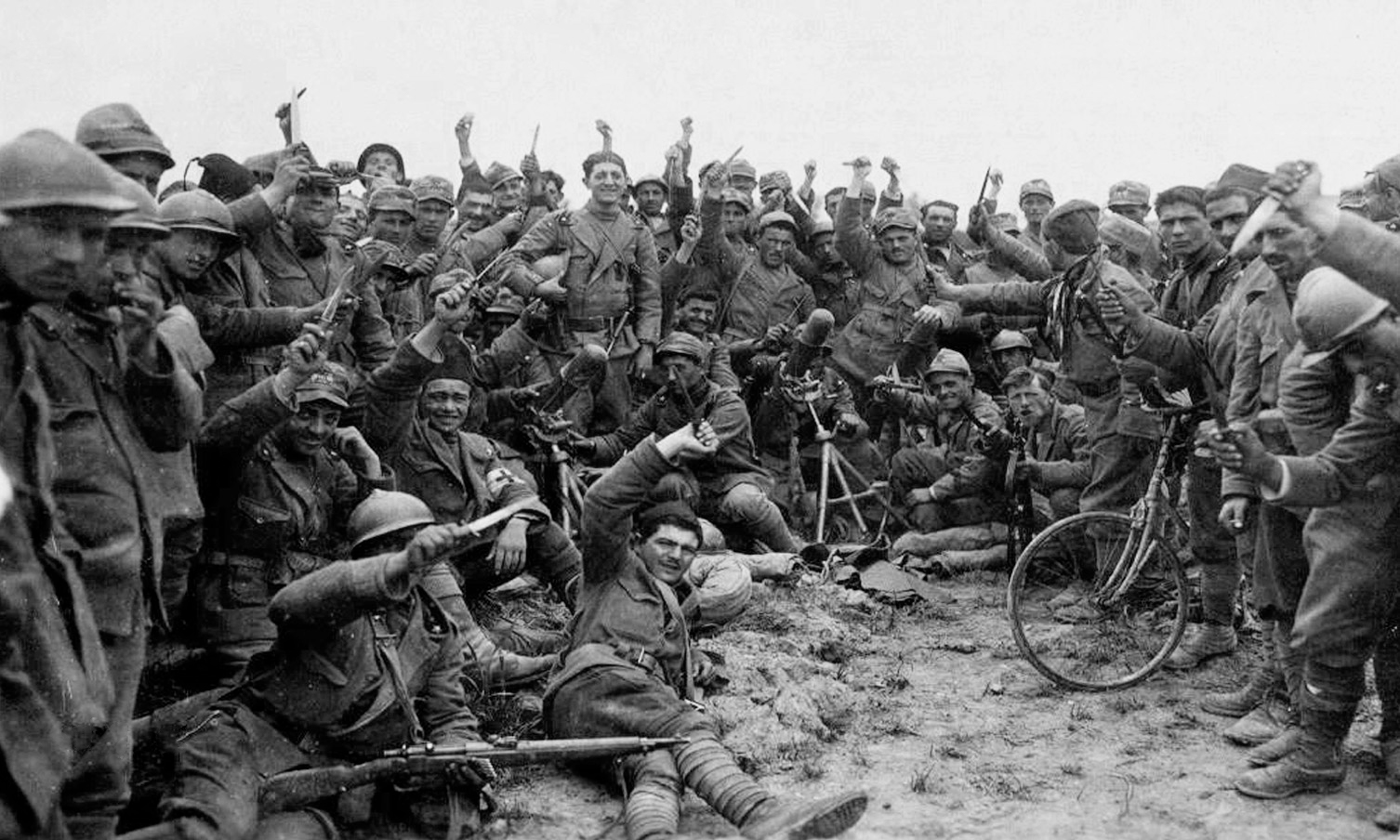 As early as the 1300s, individual combat instruction (l'armicare) was an Italian peculiarity, sought after and taught to foreigners as well.Unfortunately, Italian political disunity meant that they fought for emperors, kings, republics, etc., wherever it was of interest to do so. Only after the unification of Italy under the Savoy monarchy (1861), the military service of the Italian, or of Italians, will no longer be defined, but the Italian intervention. From the libertarian voluntary expeditions, with the Garibaldi legions: in France against the kingdom of Prussia (1870-1871) and then against the empire of Germany (1914-1915); or the legion in defense of the Boer republics in South Africa against the English (1899-1900). In China for the repression of the Boxer revolt (1900-1901). In Libya against the Ottoman Empire (1911-1912). The Great War 1915-1918, with the formation of the first special departments of all the armies of the world, the Arditi of the Assault departments. Interventions with the Allies against the Russian Bolsheviks (1918-1919) and in Turkey (1918-1923). The war against Ethiopia (1935-1936), the intervention in the war in Spain (1936-1939) and the war of 1939 to 1945. For historical ignorance, or deliberately made to believe, the lack of adequate war material, has us made inferior, but this has never prevented the Italian Armed Forces from doing their duty: battle of the Amba Alagi in Ethiopia (1941), campaign of Russia (1941), defense of the fort of Giarabub in Libya (1941), battle of El Alamein in Egypt (1942) etc ..

The fundamental element, his resource, was just the soldier who with his courage, determination and ability in individual combat always amazed everyone. The English radio BBC on 11 November 1942 declared: the remains of the Folgore division have resisted beyond all limits of human possibilities. The last survivors were collected lifeless and with weapons in hand. Nobody gave up, nobody got disarmed ". Again the British Prime Minister Winston Churcill in the Chamber of Deputies on the 21st of the same month, said: we really have to bow before the remains of what remains of the Lions of Lightning.

The program is based on the legendary Italian military heritage.

Those interested in learning the entire system follow a specialization that leads to the appointment of an EMI instructor. The teaching is divided into the main instruction of the methods: 1,2,3,4,8,9 and 10, with final exam and appointment of first degree instructor (before admission 150 hours of practice must be confirmed) . Then, if desired, an advancement in instruction in the methods: 5.6 and 7, with a final exam and appointment as a second-degree instructor (40 hours of practice must be confirmed before admission).